Out & About with Tina: The Women of Paris Walking Tour experience!

I had the pleasure of attending the Women Of Paris walking tour. I wanted to learn more about women writers in Paris. This tour showed me where the successful women writers of Paris lived and created. As a group, we also stopped for some sweet treats along the way.

There were some amazing people in the group (more than a few)..but you know I keep it real. Heidi, The host and founder of the tour company Women in Paris was informative and knowledgeable about the history, which I enjoyed. However, she made one or three chummy jokes at my expense and she didn’t get a Trip Advisor review from me. Although I still do recommend the amazing tour, it was all in European humor and fun… I guess what goes around comes around because we had a child psychologist from Vancouver in the group, I jokingly asked her for an impromptu therapy session. The joke did not go over well and the child Dr. And her friend literally did not talk to me for the rest of the tour

Thank God there were some cool people with a good sense of humor in the small group, like Tom and Angela, the newlyweds from Seattle. Tom works in real estate and awesome Angela is an attorney with great colorful hair. We have since kept in contact via Facebook! Last but not least in the group my spirit twin and buddy, Wonjeung!!!  from South Korea, who is a student studying computer science. Wonjeung and I ran around Paris all day after the tour and it was good to run the streets and talk about our Paris experience. We still keep in contact online and send holiday cards!

Now that you have all the group dynamics, here are all the accomplished women that were discussed on the walking tour and the places we visited for our snacks. I’ve included some pictures of the tour below!
Women Writers of Paris:

The brilliant Simone de Beauvoir and her daring activism,

The radical Antoinette Fouque and her Editions des Femmes,

The scandalous Colette and her struggle for independence,

The rebellious George Sand and her cross-dressing liberalism,

The benevolent Sylvia Beach and her love of literature…

Random picture of something Parisian

Tom in the window!!

PrevPreviousTop 5 Tips on How Not to Annoy a Real Estate Agent (but no agent will tell you)
NextOut and About With Tina: Afropunk Festival Paris Next 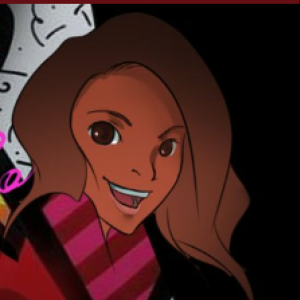